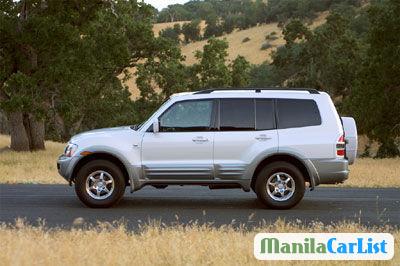 2000 generation, the SUV gained a new independent rear suspension. Unlike most full-size SUVs, the Montero had unibody construction instead of a body-on-frame design. It also had a right-hinged cargo door instead of a liftgate or tailgate, but lacked the V8 engine that powered most big SUVs. The previous version´s 3. 5-liter V6 engine returned, but delivering slightly more torque. A four-speed automatic transmission and part-time four-wheel drive went into the base XLS model. Mitsubishi´s upscale Montero Limited featured a five-speed automatic with a separate manual-shifting gate, plus ActiveTrac four-wheel drive that could be used on dry pavement. Both models included low-range gearing and rode on 16-inch alloy wheels. Antilock all-disc braking and front side airbags were standard.